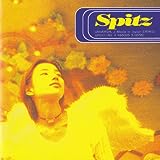 「白線流しに出演していた頃の酒井美紀が、彼女の全盛期だと思う」を英語にする場合、「I think that Miki Sakai was at her best when she appeared in "Hakusen Nagashi"」とすればよいですね :-)。

I started to work in 2000, but at that time Japanese financial institutions had a big challenge of dealing with non-performing loans.

I still remember that foreign financial institutions have opened offices in Tokyo one after another.

Looking at dramas and movies in the late 1990s, they are reflecting the social conditions such as the financial crisis.

One of the famous dramas when I was a college student is "Hakusen Nagashi".

When this drama was aired on TV, I was in the United States, so I couldn't watch it in real time.

During this time, I saw “white line sinks”, but I was impressed that the scenery of Nagano Prefecture :-).

In the 7th episode of “Hakusen Nagashi”, the factory where the main character Wataru Okochi works was in a crisis, and its president asked the bank branch manager to “Lend money, please”.

I suppose that comments by this branch manager was impressed.

“If you increase the number of employees without reading ahead, or try to do business just because people are good, you will face challenges. It's easy to ask but hard to decline." (Unquote)