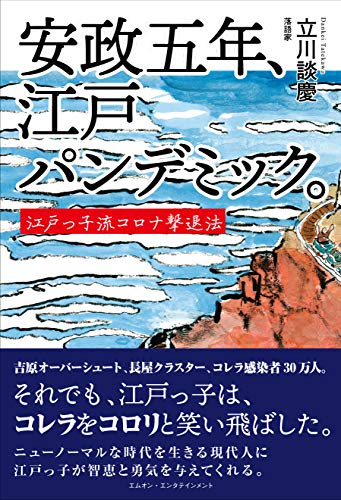 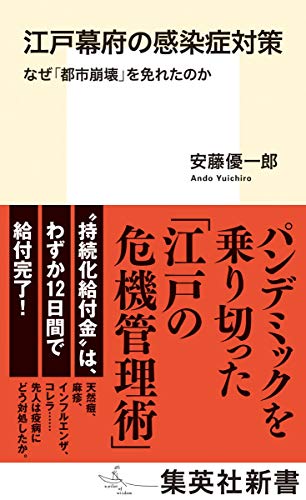 「現在の世界でも、国境封鎖などの移動制限が行われている」を英語にする場合、「Even in the present world, movement restrictions such as border blockades are being enforced.」とすればよいですね :-)。

The material introduced today "Countermeasures against infectious diseases in the Edo Shogunate (Japanese only)" has a catchphrase "Why could they escape the urban collapse?" and the following phrases were impressive.

"1862 was the year when the town of Edo fell into an economic recession.

Therefore, the financial institution for the common people in the Edo period provided temporary relief, but measles and cholera were not the only reasons.

It was also significant that the system for changing attendance was relaxed.

The shogunate wanted the reduced amount to be used to enhance military power of feudal domains and prepare for external pressure from Western countries.

Furthermore, the wife and child who were held hostage in Edo, but this restrictions were relaxed and they were allowed to return to their feudal domains.

This is because the consumer economy of Edo relied heavily on the traditional system, that is, the huge amount of money that various feudal lords dropped during their stay in Edo.

Therefore, the merchants and craftsmen who made a living from the enormous demand from the feudal lords soon dried up.

Edo has fallen into the depths of the recession.

The easing of change of the traditional system had a serious impact on the Edo economy, but the political negative impact was more serious.

By permitting the return of their wives and children who were stationed in Edo as hostages, the independence of the feudal lords naturally increased, but in contrast, the authority of the shogunate was lost.

The shogunate was able to control various feudal lords, because the shogunate took their wives and children hostage." (Unquote)