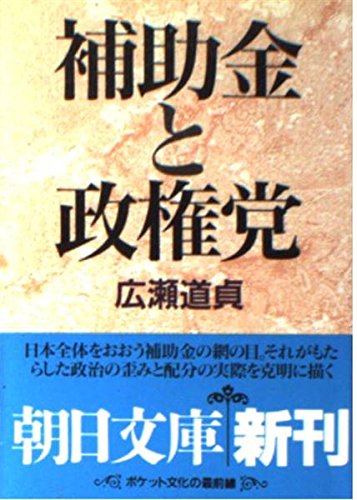 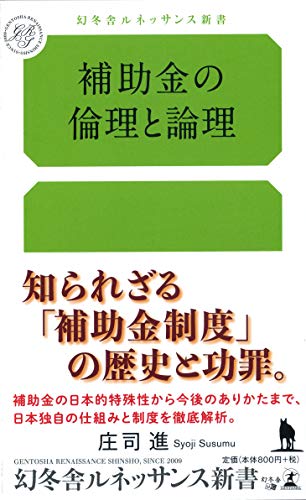 The material "Ethics and Logic of Subsidies (Japanese only)" has a catchphrase "Considering the problems of Japanese finance and subsidies", and the following phrases were impressive in the part "Big government enables long-term administration".

"It should be noted that a socio-economic system has been created in which politics can use subsidies.

The term 'incumbent strength' is often used during elections.

In this case, 'incumbent' does not necessarily mean the Lieberal Democratic Party of Japan (LDP).

For voters who want to take advantage of politicians, any party will do as long as it benefits them.

However, it seems that I was the only one who was surprised, and when I asked the staff around me, it was 'a rare case, but not at all' other than group subsidies.

In other words, as long as the speaker is the 'incumbent', the political party does not matter.

I think this is because both countries are clearly oriented toward 'small government' and the weight of subsidies is less than that of Japan.

In other words, traditionally, British and Americans do not have high expectations of the government.

There is little awareness of benefiting from the government through 'incumbent'.

Therefore, I don't think there is any "incumbent strength" in Britain and the United States.

In small government nations, there are frequent changes of government, but in big government they tend to be prolonged.

It can be said that increasing subsidies is not actually a bad thing, even if it is close to being scattered.

For example, at the time of the Pacific War until 1945, all financial resources in Japan were used for military spending, not subsidies.

Increasing subsidies can be said to be a peaceful era.

But that doesn't mean that subsidies can only be used for party interests.

Because it's a tax.

The issue of the relationship between subsidies and politics presented by Hirose is an issue that must be considered even after decades.

Unless the Japanese system, in which subsidies are firmly incorporated into the administration, changes significantly, it will remain an eternal challenge." (Unquote)