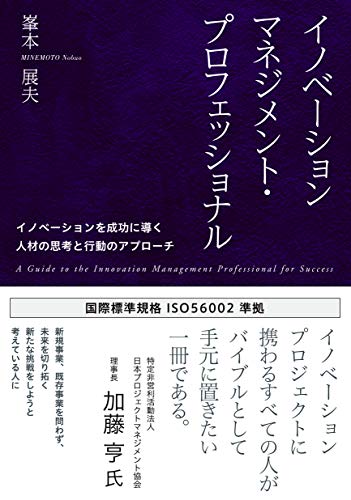 The material introduced today "Innovation Management Professional (Japanese only)" explains "The approach of thinking and action of human resources to lead innovation to success", and the following phrases were impressive in the part of "Finding the future that has already happened".

"Drucker suggested that reversing the timeline is the important thing is to identify the 'future that has already happened'.

Suppose you are considering a new product or service.

Often, we tend to focus on the functions of our products and services.

Predict how it will evolve from the functionality of existing products and services.

This prediction is at the level of thinking in the direction of past, present and future.

When we think of the future from the perspective of the past in this way, the thoughts and intentions of those who think in the process are included.

This is the reason why products and services that cannot be sold at all are created even though they include functions that I thought would be good if there were such functions.

Just playing an associative game as an extension of the past or present does not raise the level of speculation of capturing the essence.

I can't grasp the essence and misunderstand the future.

By raising the level of thinking, we must abandon individual thoughts and, in some cases, be able to see the future that we do not want.

It is a proof that 'We can't see what we don't want to see'. (Unquote)