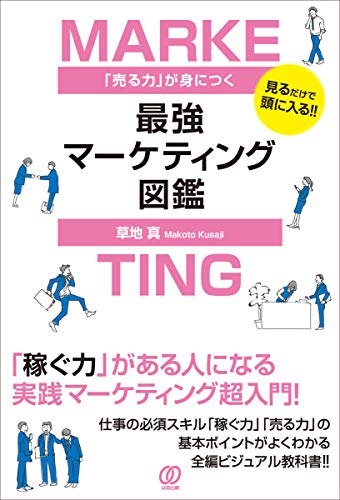 The material introduced today "The strongest marketing pictorial book that you can acquire (Japanese only)" has a catchphrase "Simple but once you learn it, you can use it for a lifetime in the business field", and the following phrases were impressive in the part "In case of Ezaki Glico Pocky".

"'Pocky' is a 'national sweet' in Japan that everyone from children to adults knows, but its history goes back to 1966.

Initially, it was popular for children by coating its favorite product "Pretz" with chocolate and selling it, but in the 1970s, sales were declining, and along with Seiko Matsuda's CM, "Travel Pocky" and "Travel Pocky".

They promoted the expansion of eating styles and scenes such as 'Pocky on the Rock', and develop new products such as 'Almond Pocky' and 'Strawberry Pocky'.

Furthermore, in the 1980s, as the children at the time of launch became adults, the target was expanded to all generations, and along with the development of high-value-added products, they worked to further establish it through story-like commercials such as 'Four Sisters Story'.

They also developed 'Local Pocky' in collaboration with souvenirs from tourist spots in Japan.

Recently, in commercials such as 'Pocky with my family' and 'How many Pocky can I talk about?', Pocky has been launched as an item for creating scenes of communication between people.

The history of Pocky, which has become a long-selling product by expanding the target, and it can be said to be an initiative that makes you feel the power of marketing." (Unquote)