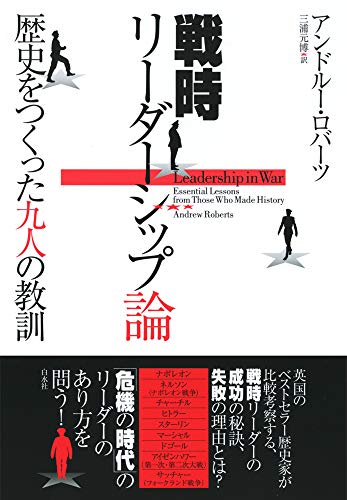 The material introduced today "Wartime Leadership Theory (Japanese only)" explains "Lessons of the nine people who made history", and the following phrases were impressive in the part "Dwight D. Eisenhower: 1890-1969".

"Roosevelt chose Eisenhower as commander-in-chief in January 1944, because he was a natural leader and at the same time had extraordinary political intuition.

The general needs to be a politician, and during the war the politician must be a strategist.

That is because in modern warfare, as in ancient times, there is no clear distinction between politics and strategy.

The Strategist of Athens in the 5th century BC, the post of the general, meant political leadership as well as the army or navy.

Eisenhower was ideal in both roles, as evidenced by his success as president.

As seen by Napoleon, Churchill and others, the qualities needed for a good soldier were often complementary to those of a good politician, also fused in Dwight Eisenhower.