「解散しにくくなったはずが、実際は違った」を英語にする場合、「It should have become difficult to dissolve, but it wasn't」とすればよいですね😊。 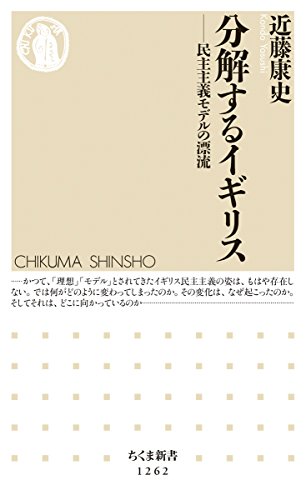 【PDCA (plan-do-check-action) Diary Vol. 664 "It should have become difficult to dissolve"】

The British House of Commons has a term of five years, and the right of dissolution by the Prime Minister is limited compared to Japan.

In Japan, the House of Representatives can be dissolved at any time at the discretion of the Prime Minister.

On the other hand, in case of the UK, even if the Prime Minister decides to dissolve the House of Commons, it cannot be dissolved unless more than two-thirds of the House of Representatives agree.

If there are frequent dissolutions, elections will be held each time.

The meaning of the term set up will be halved, and taxes such as election costs will be wasted.

Therefore, the law was amended in 2011 in the UK, and the British Prime Minister couldn't easily dismiss the House of Commons since then.

That should have been the case, but the House of Commons has been dissolved several times in the UK.

This may be an example where the actual procedure was different from the one when it was designed, but it seems that various voices were raised in Britain.

This material introduced today "Disassembling Britain: The Drift of a Democracy Model (Japanese only)" provides an easy-to-understand and logical introduction to the distress of Britain.

This book is recommended for people who work for European companies or who want to go to the UK.