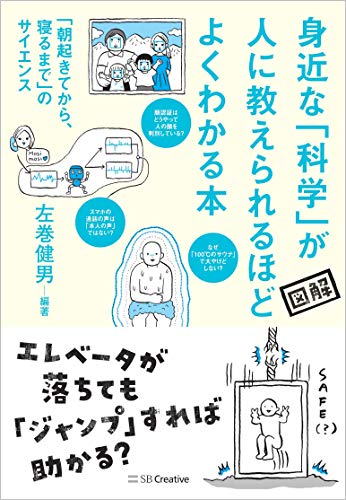 The material introduced today "A book that understands familiar science so well that people can teach it (Japanese only)" has a catchphrase "Science from getting up in the morning to going to bed" and the following phrases were impressive in the part "The amount of pleasure substance dopamine increases abnormally".

"Despite being strictly regulated by law, the number of people who abuse drugs does not decrease easily because once you use stimulants, you are obsessed with their magical power.

It is due to the relationship between stimulants and the neurotransmitter dopamine in the brain.

If you feel comfortable, the amount of dopamine secreted in the brain is high.

Dopamine is secreted inside the terminals of certain nerve cells in the brain and released into the gaps between nerve cells.

The signal is transmitted by passing it to the receptor of the next nerve cell.

The released dopamine is either reabsorbed by the original nerve cells or broken down by enzymes to prevent the concentration between nerve terminals from increasing too much.

The intense pleasure, uplifting and euphoria caused by stimulant intake lasts for 3 to 12 hours, during which time no food is required and no drowsiness is felt.

This is why it is called a 'stimulant'.

The pleasure is so intense that after the drug runs out, the reaction causes a strong sense of collapse and anxiety.

To get away from it, you'll have to take medicine again, and you'll end up with an addiction that requires more medicine.

Once you become addicted, you are in a dire situation where you cannot easily get out of it." (Unquote)