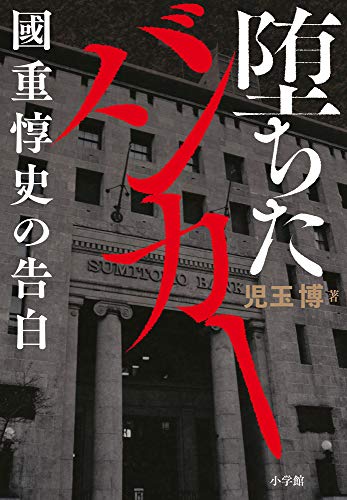 The material introduced today "Fallen Banker: Confession of Atsushi Kunishige" has the catchphrase "Business nonfiction that depicts the enthusiasm of Japan's bubble era and its end through the half-life of a genius banker" and the following phrases were impressive.

"The Gulf War that began in 1991 with the invasion of Kuwait in Iraq.

The next year, Japan, which cannot be dispatched to the military, will make a cabinet decision to contribute about $ 9 billion (1.2 trillion yen at the rate at that time) to the multinational forces.

It was Kunishige who responded to this news.

Kunishige aimed for a $ 9 billion remittance from Japan to the multinational forces.

In other words, remittances involving the nation of Japan have traditionally been undertaken by the Bank of Tokyo.

A few percent of the remittance fee alone is a considerable amount.

Kunishige wondered if Sumitomo Bank could make half of the $ 9 billion in remittances to the finance bureaucrats and foreign bureaucrats.

Thanks to that, Sumitomo Bank will undertake half of the $ 9 billion remittance.

Naturally, the Bank of Tokyo was furious, but it did not cover it." (Unquote)