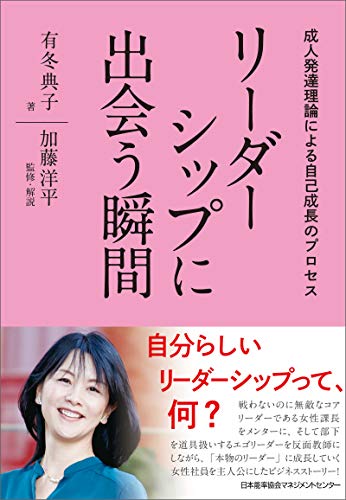 The material introduced today "The moment when you meet leadership (Japanese only)" explains "The process of self-growth by the theory of adult development", and the following phrases were impressive in the part "Change and development of roles and your own unyielding philosophy".

"When we are entrusted as the leaders, we become more like leaders.

This is exactly what happens when you change your role and your consciousness changes.

Since development has the aspect of expanding the cognitive world, playing a different role has the effect of promoting development.

We have the characteristic of collaborating with the people around us and developing while taking on our own role.

Another very important thing is said in the text.

It is important to have your own unyielding philosophy (wish from the core).

It is certain that in the process of development, we have a time to live according to the ideas of others, not our own.

It should not be denied, it happens to everyone in the process of development.

However, the more you develop and approach the self-directed stage, the more your own philosophy will be formed.

Or you could say that you rediscover the philosophy that was always in your heart." (Unquote)