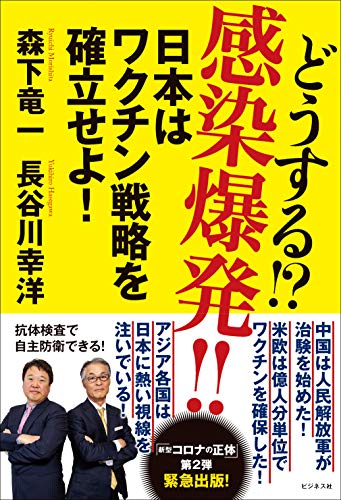 【PDCA (plan-do-check-action) Diary Vol. 630 "The most reliable is the US dollar"】

The material introduced today "What to do for infection explosion! (Japanese only)" has a catchphrase "Japan should establish a vaccine strategy!" and the following phrases were impressive in the part "Why China cannot beat the United States".

"I've said in columns here and there that China can never beat America.

Basically, the biggest reason why China can't win is that the world's economic order revolves around the United States, and China is not even close to their feet.

Both the RMB and the Hong Kong dollar are ultimately backed by the ability to exchange for the US dollar.

If it cannot be exchanged for US dollars, no one will try to have Hong Kong dollars or RMB.

All the major banks in the world have branches in New York.

The reason is that international transactions are settled by transferring funds between accounts at a branch office in New York.

If necessary, the U.S. government can tell the banks that, 'If you exchange dollars for Hong Kong dollars or RMB, you won't be able to trade in New York anymore.'

The second reason China can't beat the United States is that the Chinese themselves know it.

Why do Chinese Communist Party executives have secret assets in US dollars?

The US dollar is the most reliable way to escape.

In other words, they know that the RMB is of no use in the event of an emergency.

You might think, "There are European euros and Japanese yen," but people want euros and yen because they can be exchanged for US dollars.

If you can't exchange for US dollars, unfortunately, euro and yen would be just a piece of paper, just like the RMB and Hong Kong dollars.

The Japanese shouldn't forget about it and get too cocky." (Unquote)