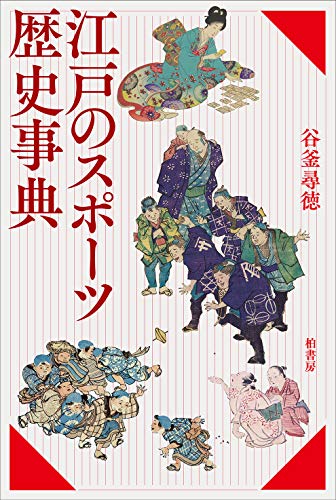 The material introduced today "Edo Sports History Encyclopedia (Japanese only)" has a catchphrase "It was the common people of Edo who laid the foundation for the development of sports in Japan!", and the following phrases were impressive in the part "Meaning of knowing the sport of Edo".

Sports means 'playing' when we return to the etymology, but it is well known that there were many sports (playing) in Edo in the early modern period when viewed broadly in this way.

Cities as castle towns appeared all over the country in the early modern period, but especially in Edo.

Ordinary people began to have more economic power than samurai from the middle of the 18th century, and in the 19th century it was the largest castle town in history with a population of 1 million.

Ordinary people of Edo, who run commerce and industry, were enthusiastic about sports in exchange for money while being wrapped in age and faith, and their consumption behavior moved the Edo economy.

It may seem unscrupulous to the eyes of modern people, but sports in Edo are such a world.

They played very well while playing sports, as if they knew the etymology of sports.

Anyway, Edo is a treasure trove of sports." (Unquote)