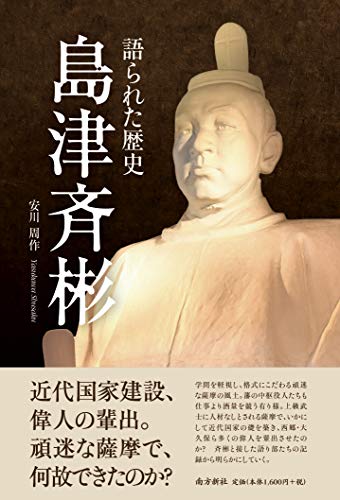 Amazon
【PDCA (plan-do-check-action) Diary Vol. 721 "The keyword of the Edo period is peace and tranquility"】

The material introduced today "History told by Shimazu Nariakira (Japanese only)" challenges the proposition "Construction of a modern nation, trained great people. Why was it possible with the stubborn Satsuma?" and the following phrases were impressive.

"The Edo period is said to be a rare era of peace in the history of the world, where there was no war for more than 250 years.

The keyword that expresses that would be peace and tranquility.

In other words, I tried to maintain a peaceful state by maintaining the status quo, that is, by not changing the situation.

Therefore, measures for development such as economic growth and convenience improvement have been abandoned.

An easy-to-understand example is the Oi River in Shizuoka Prefecture.

The Oi river was not bridged and the use of ships was prohibited.

When it rained and the river flooded, it became a river stop and could not be crossed.

It is said that the river stop for a week or two was rough, which is annoying to travelers.

At that time, there was no technology to bridge a big river like the Oi River.

In Japan today, the concentration in Tokyo is increasing, and the regions are becoming depopulated, but in the Edo period, it was difficult to move people and goods, which prevented the concentration of population and industry, and each region. Was able to maintain the status quo.

The same is true for occupations.

In the Edo period, there was no such thing as freedom of choice of occupation.

The basic principle is hereditary succession, in which the son takes over the profession of the father.

Especially in the samurai class, family traits are very important, and which post to take is determined not by the person's ability but by family traits.

This mismatch between ability and post was a major feature of the Edo period." (Unquote)