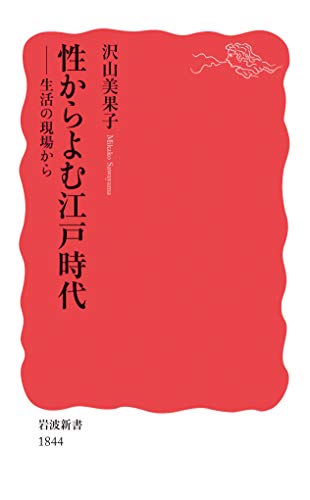 「世界的に見ても珍しい統治手法が用いられた」を英語にする場合、「A governance method that is rare in the world was used」とすればよいですね :-)。

The material introduced today "Edo period read from sex (Japanese only)" has a catchphrase "From the scene of life", and the following phrases were impressive in the part "Population growth policy and community".

It was a policy to increase the population by controlling the pregnancy and childbirth of people.

Its origin lies in the 'Cruelty to animals', which became an important pillar of the 5th Shogun Tsunayoshi Tokugawa's policy of mercy on living creatures.

The ban on discarding children appears in Article 1 in 1687, which preached that living things should be merciful.

In 1690, a single ban on child abandonment was issued, and it was stipulated that not only the discoverer but also communities such as villages and towns should take responsibility for raising abandoned children.

In 1696, August, and September, the landowner and the landlord are required to report when a land renter a store renter becomes pregnant.

This law was intended to prevent abandonment by controlling the sexual activity of the couple and the belly of the mother and managing pregnancy and childbirth.

At the same time, it played a major role in establishing a personalized book to grasp the population.

The mercy policy for living creatures will be abolished in 1709 after Tsunayoshi's death.

However, the ban on decimation continued in the subsequent Shogunate.

The policy of the clan to control the process of pregnancy and childbirth also inherited the sexual and reproductive intervention measures of the Shogunate, prohibited abortion and thinning by controlling the body of a woman, and aimed at increasing the population.

There are four main features.

One is that when giving birth, supervision and management was carried out with the relatives, unions, and other territorial and blood-related communities as the outside world, such as having a neighbor attend the birthing site as a birth keeper.

Second, the clan requested the submission of various notifications from pregnancy to childbirth and monitored the process of pregnancy and childbirth.

Fourth, abortion and decimation are the crimes of killing children who keep their homes alive." (Unquote)